This is a very nice, if rather simple, compact film SLR from Asahi. It is intended as a professional camera and gives full manual control of exposures. In fact, all the camera uses the battery for is the light meter and it works fine with no battery.

The layout of the camera is pretty standard for SLR cameras from between 1960-ish and 1985-ish. The top plate is metal (as far as I can tell. The three ME series cameras from Asahi had metallised plastic top plates). On the right is the film advance lever. This is metal with a black plastic tip. When not in use, it returns flush with the top plate. In use, it sits slightly proud. This allows easier access for your thumb when advancing the film and also allows easier access to the shutter speed dial. In front of the film advance is a window to the frame counter. This automatically resets to -2 (shown as S) when the camera back is opened. The counter then counts up from zero – two frames being used to remove the film fogged when loading the camera.

Next on the top plate, right at the front, is the shutter release button. This is chrome plated metal and is threaded for a standard cable release. Around this is a moveable collar. When turned anti-clockwise, it turns off the light meter and locks the shutter release. However, the shutter itself is not locked as it can still be fired using the self-timer. In the off/locked position, a small red ‘L‘ is revealed to remind the photographer to unlock the camera.
On the left of the shutter release button is a very small window to an indicator for the shutter status :
white = not cocked/not ready
red = cocked/ready
Next along is the shutter speed/film speed selector dial. Shutter speed is set by simply turning the selector dial to position the required speed against the red mark – speeds are from 1 second to 1/1000 seconds plus B. To select the film speed, it is necessary to press a small button on the dial and turn.
Next is the pentaprism hump. This has a hot-shoe accessory shoe on top with then usual central electrical contact. It is marked with a red ‘X‘ to signify that it is synchronised for electronic flash. For flash bulbs, there is other provision.
To the left of the pentaprism hump is the rewind crank. As had become usual by the time this camera was made, the rewind crank pulls up to both unlock the rear door and to free the film cassette for removal.
The front of the top plate is graced with the letters MX which are embossed in the metal and the name Pentax above the lens mount.  The Asahi logo and the name Asahi appear on the front of the pentaprism. Immediately above the name Pentax is a small window. This allows the set aperture to appear in the viewfinder above the image. Below the letters MX is the self-timer lever. This is activated by turning it anti-clockwise (which winds up the timer spring) and then pressing the small button revealed by moving the lever. This gives an eight to ten second delay and also (as mentioned above) will fire the shutter even when locked by the collar around the shutter release button.
On the other side of the lens mount are two PC connectors. One marked FP for flash bulbs and one marked X for electronic flash. These allow for off-camera flash as well as giving provision for using flash bulbs. These come with black plastic caps to protect the contacts when not in use.

The rear of camera is rather plain. There is the viewfinder eye-piece and the rear door. This door is opened by pulling up on the rewind crank. The door is made from black painted steel – on my camera, much of the paint has worn off and the steel has started to rust. In the centre of the door is a holder for the end of the film carton to act as a reminder as to which film is in use – an item all film cameras should have.
The base of the camera is intended to have a rapid wind attachment fitted and to accommodate this there are two holes to act as locating devices and a covered linkage to the film advance mechanism. As I do not have this rapid wind attachment, I can say no more about it. Also on the base plate is a covered battery compartment. This holds two button batteries – those fitted to my camera are marked ‘GPA76’. Fortunately, Pentax did not rely on mercury batteries and these batteries are readily available.

The only other thing to mention is the lens mount. This is a K mount camera and any K mount lens will fit and work with the single exception of modern digital lenses with no aperture ring which, while fitting, will not be able to have their aperture adjusted. There are no electrical contacts on the MX version of the K mount as this is a fully mechanical camera but it does not mind lenses with contacts. I have three K mount lenses – a Tokina zoom, a Ricoh Riconar 55mm and a Sirius Automatic 28mm. All three work well with this camera.

I am quite pleased with these – no light leaks, shutter working as it should – no pin-holes in the curtains and no hesitating curtains. In the second to last photo, there is severe vignetting. this is caused by me using a lens cap designed for a 50 mm lens with a 28 mm lens – the vignetting is actually the lens cap in view!

This next one shows the joy of using the wrong lens hood – severe vignetting! 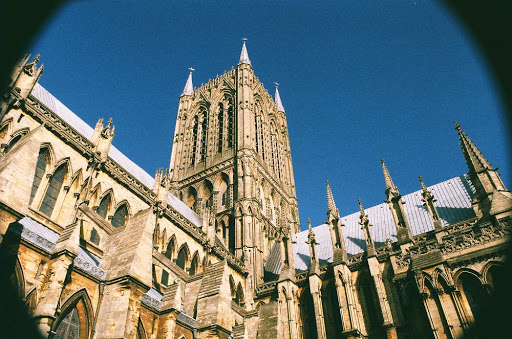 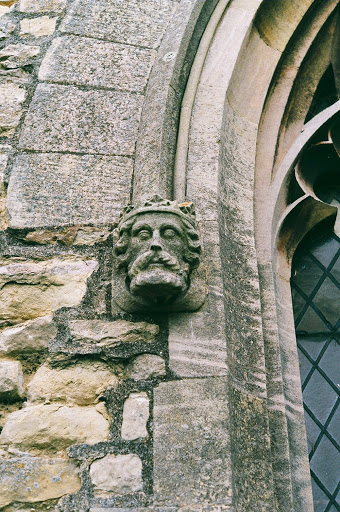