This is a sophisticated point-and-shoot camera. It is clearly a development of Olympus’s XA series. The camera opens by sliding a cover to the right, exposing the lens and switching on the electrics. Controls are minimal making it very much a point-and-shoot camera. In fact, it is quite possible to ignore the few controls provided and then you have a basic point-and-shoot with a 38 mm lens (and autofocus).
All of the controls are on top of the camera. On the far right of the camera is the zoom control. This defaults to the shortest focal length of 38 mm. This is slightly wide for a 35 mm camera but not excessively so. ‘Normal’ for 35 mm (the diagonal of the negative) is 43 mm. Pulling the control will zoom the lens to 115 mm (hence the name of the camera). A nice touch is that the viewfinder also zooms so the viewfinder image always matches the lens image.
Next to the zoom control is the shutter release. This is a fairly large chrome plated button. This is easy to find by touch which is as it should be.
Next to the shutter release are two small chrome plated buttons. The front one sets the delay timer and the rear one sets the flash mode. There are six flash modes. Default is the flash firing when there is insufficient light without it. The first selectable mode is red-eye reduction where the camera fires a few low intensity flashes to make the subject’s pupils contract before the main flash. The second mode is no flash – this allows you to take moody pictures in poor light.
Third mode is the flash always on. This is for fill-in flash when the background is brighter than the subject. The fourth mode is night-portrait mode – this restricts the flash to illuminating the subject while leaving the background dark. The fifth mode is a combination of the first and fourth modes – night-portrait with red-eye reduction.
Next to these controls is a small LCD display. This gives minimal information: frame number, flash mode, delay on/off. To the left of the LCD display is a small pop-up flashgun.
On the back is the viewfinder eyepiece. This has a dioptre adjustment so us spectacle wearers can use this camera without our glasses. Also on the back is a small window to allow the user to see what sort of film is in the camera – or, indeed, if there is any film in there at all. This is a simple but very useful facility for those of us with several (!) cameras as it is very easy to forget which camera is loaded with which film.
————————————————————————————————————————–
Blog (c) John Margetts 2014
————————————————————————————————————————–
On the base is a standard (1/4 inch UNC which is just about the same as the old standard of 1/4 Whitworth) tripod boss. This is right on the right-hand end of the camera. This is not a good place to have this (in the centre is better and under the lens node is ideal) but I doubt this camera ever gets used with a tripod.
Also on the base is a recessed button to allow for rewinding the film before it is finished. When the film is finished, rewind is automatic.  The battery chamber is on the right-hand end of the camera. The battery is a CR123 lithium battery which is still readily available.
I currently have a film in the camera and I will report on using the camera and the image quality when the film is finished.

I have my test film back from Snappy Snaps and here are the results.  This camera is rather easy to use – the only real awkwardness I have experienced is that it is a bit small for my hands – then again, this is a compact camera!
Image quality is certainly good enough for snap shots, which is what the camera is really for.  I would not use it for serious photography, but I might carry it on those occasions when I do not want to be encumbered with kit – a night out, perhaps.
The first few are of a herd of cows/calves at Frampton Marsh RSPB nature reserve, Lincolnshire (near to Boston).  I am quite pleased with these – I like cattle – but the close-ups show a design weakness.  The camera is happy to take a picture when it cannot focus.  At the least, a warning would be nice. 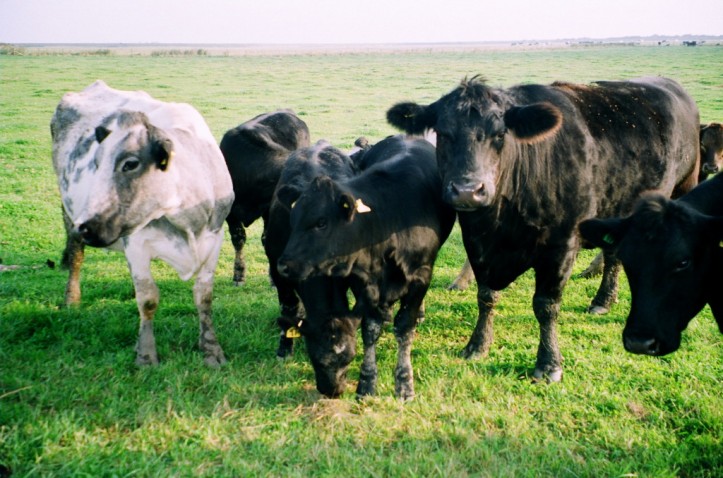 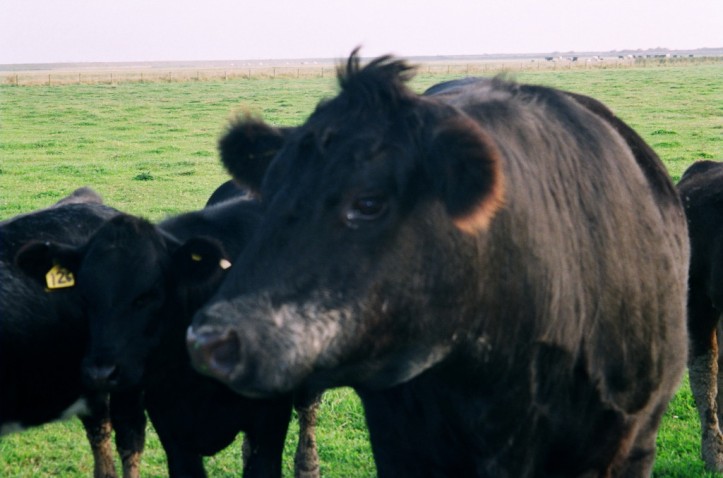 This flower was blowing in the wind outside the visitor centre at Frampton Marsh. It has been captured fairly well – indicating that the automatic exposure system has selected a fast enough shutter speed. I have added a crop of the top flower to show how well the camera has captured detail – quite well, I think.  The graininess of the magnified picture will be a mix of the grain of the Agfa Vista + film and the medium quality scan I asked the lab to do. 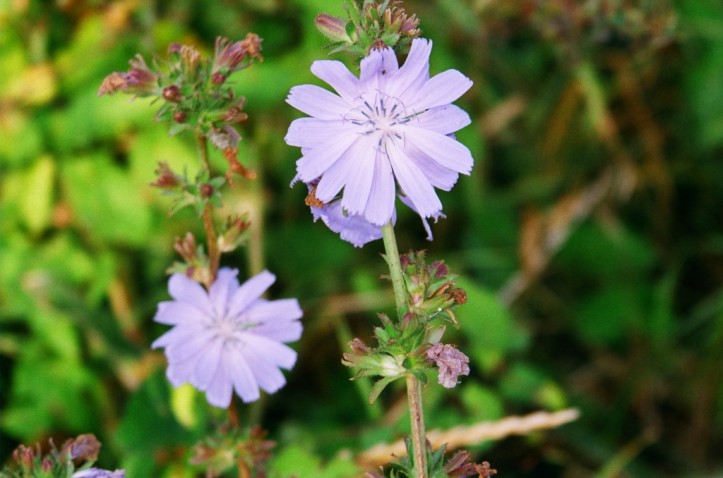 This next picture was taken in poor light with mist in the distance. It is the British Sugar sugar beet processing factory at Bardney seen across a field of wheat stubble.

The next three are close-ups taken in a wood. The first is not very impressive – I cannot make out what the white blobs are although I suspect they were fungi of some sort.  The third picture is exposed quite well, but the first two show the limitations of the camera in challenging conditions. 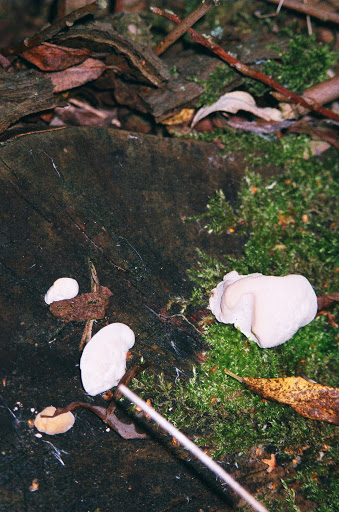 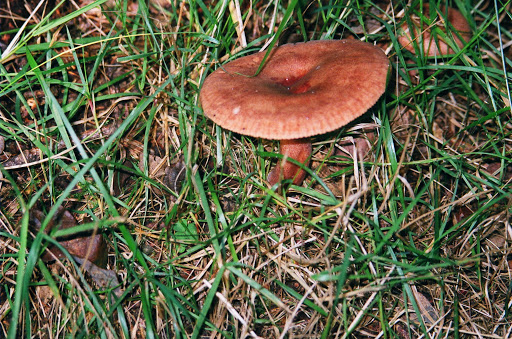 The next is Lindum Hill in Lincoln. A bright but not sunny day – all seems to be well. 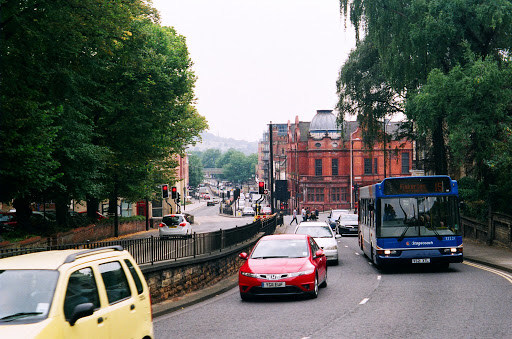 The rest are of Wells (in Somerset, not Wells-next-the-Sea in Norfolk I usually photograph). The camera has done well here – I could use this camera for street photography as it is quite discrete in use and works well in an urban situation. 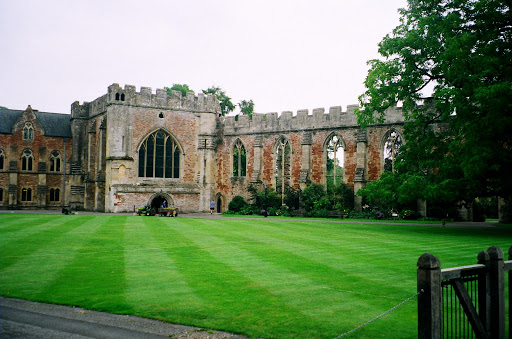 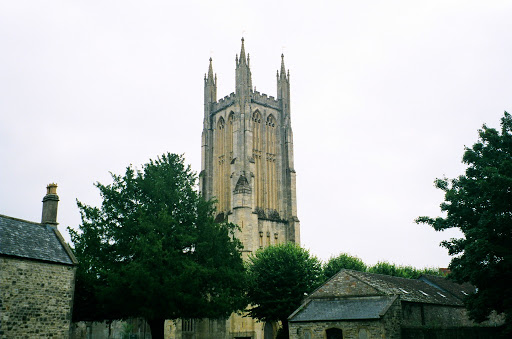 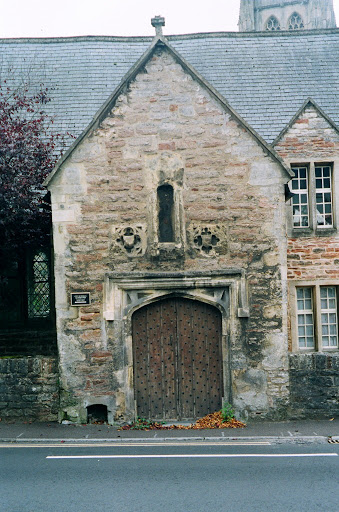 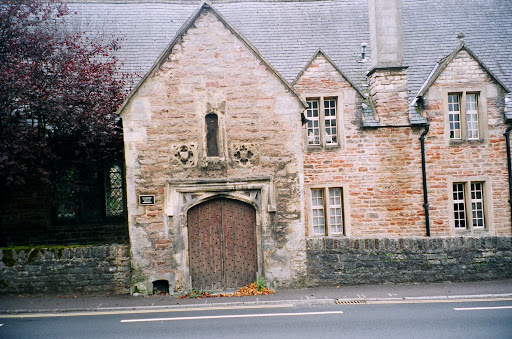